How solar energy is stored on Earth by the athmosphere?

In this way, the solar energy is accumulated inside our atmosphere by the GHG. Basically, more GHG means more energy accumulated.

Between 1880 and 2012, a warming of 0.85° of the earth surfaces has been detected. Since 1950, the number of “cold” days and nights has been reduced. The frequency of heat waves is increasing. See below a video edited by the NASA, showing that global warming.

A warming linked to human activities

The Intergovernmental Panel on Climate Change (IPCC) is working since 1988 on the subject. Currently, they evaluate the probability that global warming is caused by human activities as extremely likely (95% certainty). In 2014, in its fifth report, the IPCC has presented some consequences of a global warming exceeding +2° in 2100 against 1850. Solution: The global warming is still a scientific debate

See the next page "How to react?". Or return to the menu. 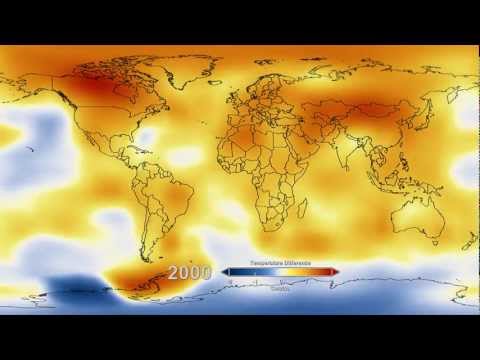