Framework and overview of the project

Framework of the project

Climate change is a challenge that is being addressed all over the world. Over the past decades, the European Commission (EC) has defined a set of objectives and policies to mitigate its impact and is always reinforcing the legislation to shift towards a resource-efficient, low-carbon and climate-resilient economy. These objectives require the involvement of all European stakeholders and, among others, all the organisations, which need to be supported by National policy makers.

Whereas the EU Emission Trading System (EU ETS) has lead to the development of National policies targeting the most emissive industries by calculating their direct greenhouse gases (GHG) emissions, no common framework has been proposed for reaching the less emissive organisations, for which evaluation of indirect emissions is of high importance to reduce their global environmental footprint. Due to the complexity of assessing indirect emissions, only a few National public policies have been implemented all over the world even if organisations are requesting for such schemes and supports.

Clim'Foot wants to address the lack of tools and methodology (other than EU-ETS) for the implementation of national public policies aimed at reducing the carbon footprint of organisations in the countries of the European Union.

The project aims to develop public policies to help organisations calculate and reduce their carbon footprint.

More specifically, the project goals are:

In addition, the project includes one SME specialised in carbon accounting training (IFC - France) to develop some capacity building programmes, and one Italian SME (Ecoinnovazione) specialised in carbon footprint calculations, as well as other environmental criteria, in a perspective of multicriteria development.

ADEME coordinates the LIFE Clim'Foot project, under a 3-year LIFE contract, from September 2015 to August 2018 with a budget of €1.4 million over the 3 years. 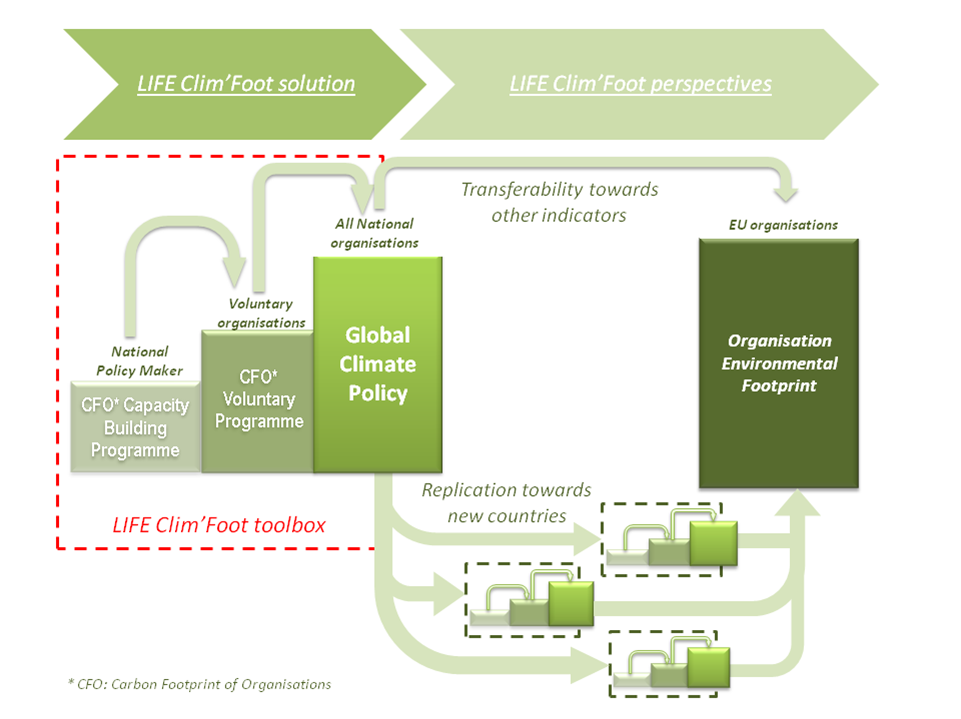 Leaflet of the project

About the Clim'Foot project